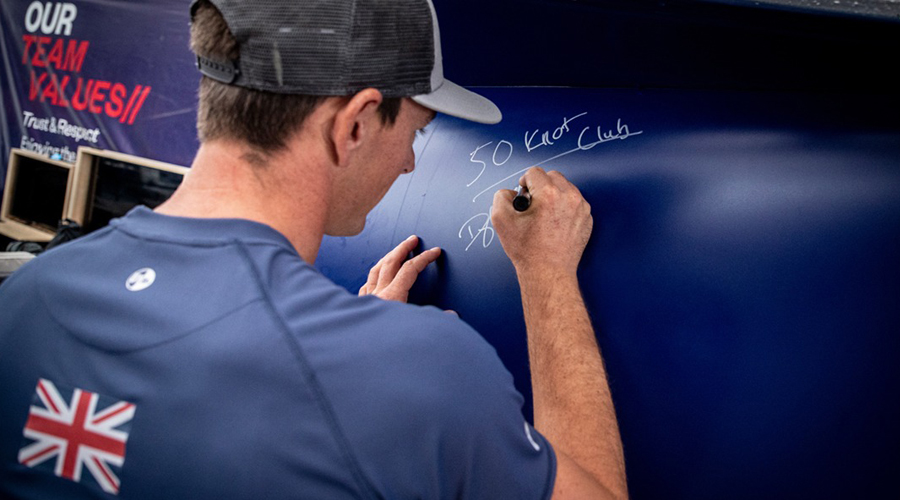 The historic moment – a first aboard the supercharged F50 catamaran – occurred during the British team’s fourth day training on the Solent, off the Isle of Wight, four days before SailGP’s European debut on August 10 and 11.

Training off Egypt Point on the racecourse for the penultimate event in SailGP’s opening season, Fletcher and the British team comprising of Chris Draper, Stuart Bithell, Matt Gotrel, Neil Hunter and Richard Mason were the first ever to fly at a record speed of 50.22 knots on the 50-foot foiling catamaran. It is the equivalent to 58 mph and 93 kph. 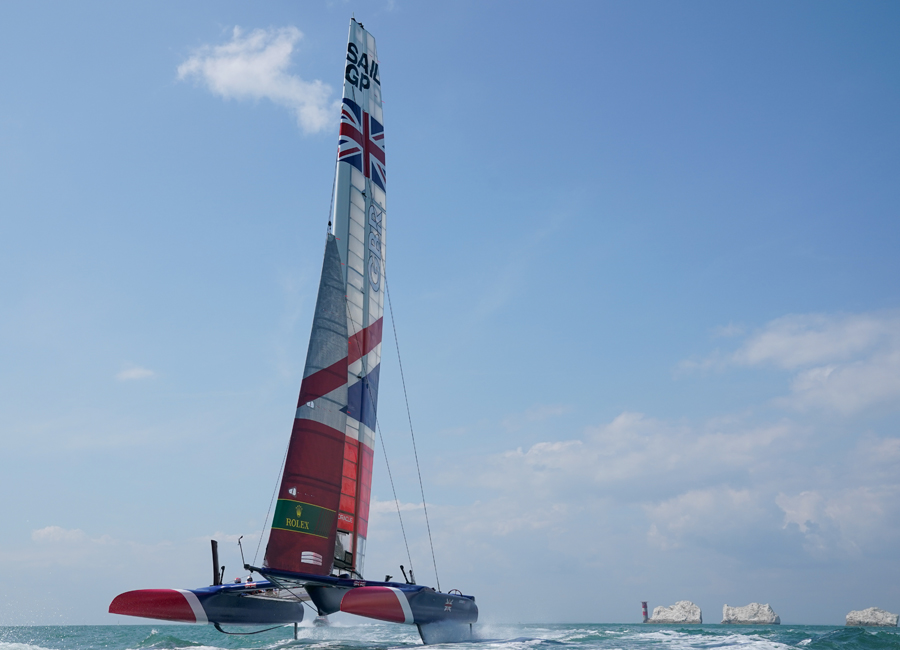 “We’re always trying to push the boundaries, and to be honest, it feels pretty wicked to get a notch up on Tom Slingsby,” said Fletcher of the rival helmsman from Australia who initially believed he broke the mark in San Francisco. “Cowes has a long history of hosting iconic sailing events and we knew this stretch of water, with the right conditions, could set us up well for breaking this record. It’s unbelievable how far sailing has progressed in the last few years and SailGP and these F50s really represent the next generation of our sport. We now can’t wait to hit it again in racing and really showcase these fantastic boats.” 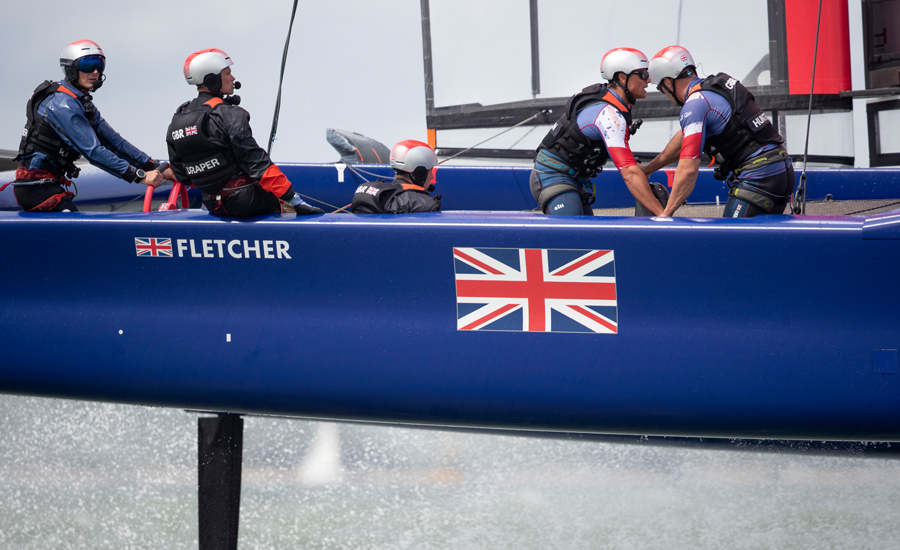 With the Brits having promoted earlier in the day that they had reached 49.54 knots of boat speed, it wasn’t until SailGP data analyst Scott Babbage interrupted the team’s debrief to set the record straight. He reported that when the higher-frequency data was pulled off the F50, it was revealed that the British team had recorded 50.22 knots, making them the first SailGP team to break through the 50-knot barrier. The top speed was achieved in 19.3 knots of wind speed.

The Great Britain SailGP Team is set to take on rival teams from China, France, Great Britain, Japan and the United States on Saturday, August 10 and Sunday, August 11 in front of the SailGP Grandstand along Cowes seafront. 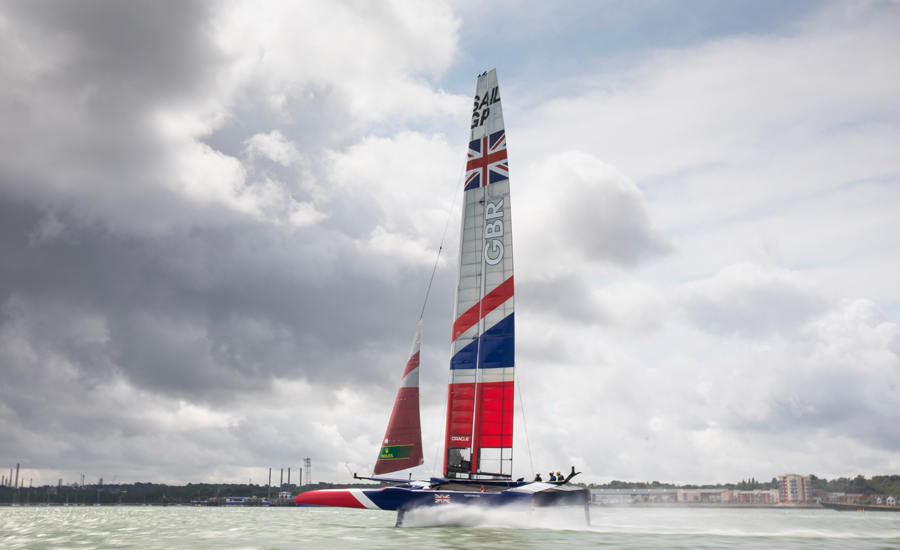 All six teams will now be seeking to break 50 knots for the first time ever in a sailing race – truly setting the official record for SailGP – taking advantage of the strong sea breezes and tidal flows in Cowes, which is widely regarded as one of the world’s top sailing venues.

The upcoming grand prix will mark the penultimate event in the championship’s 2019 inaugural racing calendar and the first in Europe. Competing in a total of five short-format fleet races across the two-day event, the fate of the top two teams will be decided in a match race final on the Sunday afternoon (August 11), determining the Cowes SailGP winner. For the first time for viewers in the UK, the racing will be offered live on the innovative SailGP APP.

As all teams are using identical, purpose-built cutting-edge F50 racing boats, the result of the SailGP championship is purely down to the human performance and skill of the sailors.

Launched in October 2018 and inaugurated with a first-ever event in Sydney in February 2019, SailGP is the only inshore international championship in which national teams compete for their countries on identical, supercharged catamarans set against the backdrop of iconic harbour locations.

The action-packed season will conclude in Marseille, France, in September, where teams will compete in a breath-taking finale for the championship trophy and a $1 million dollar prize.

Tickets for Cowes SailGP are available at SailGP.com/Cowes. The event will also be broadcast in over 100 countries globally.

Who knows where your RYA courses with First Class Sailing will take you, it could be chartering yachts on the Mediterranean or it could be racing in a team. Will you one day end up competing in SailGP? If you’d like to try your hand a slower paced but equally thrilling sailing race, then FCS have three options for you.

ARC Rally – Held at the end of the year, the Atlantic Rally for Cruisers (ARC) was first conceived in 1986. It started out as a safe way to cross the Atlantic in the company of other yachts. Since then it has grown, turned into more of a race, become more and more competitive and attracted bigger and faster yachts. Now over 200 yachts take part in it each year.

The Rolex Fastnet – Held every alternate August, to compete in this once in a lifetime challenge you will need the ability to be versatile, dedicated, committed and a team player. You will also be enthusiastic about sailing and racing a yacht.