Santosa leaves the Arctic Circle, where are all the people, a lively sea and lots of tasty food

Here is the latest update from a guest crew member on board Santosa as she passes out of the Arctic Circle and South towards Trondheim.  There are sea eagles, a lively sea, banana bread, fish finger sanwiches plus boat made rye bread,  delightful anchorages and glorious sunsets. 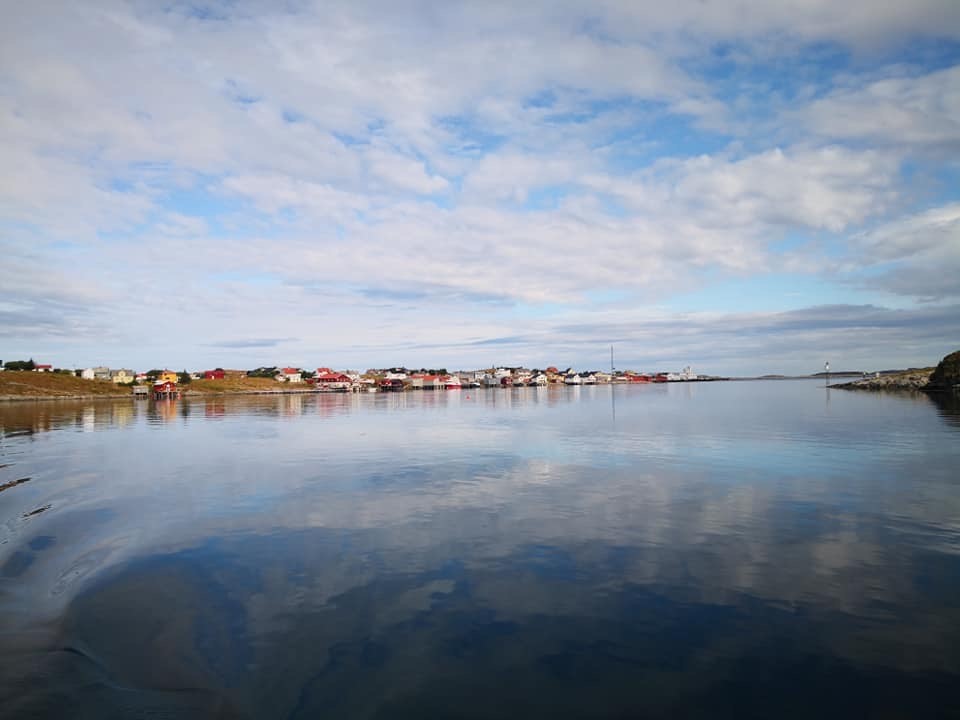 Day 4: Husoya to Bronnoysund. A mere 9 hour sea trip, covering 63NM and crossing out of the Arctic Circle 🙁. The day started bright and clear, but again insufficient wind to sail; at times the sea was like a millpond!!

So, entertainment included : what I see no whales, baking a banana cake and catching the skipper napping. 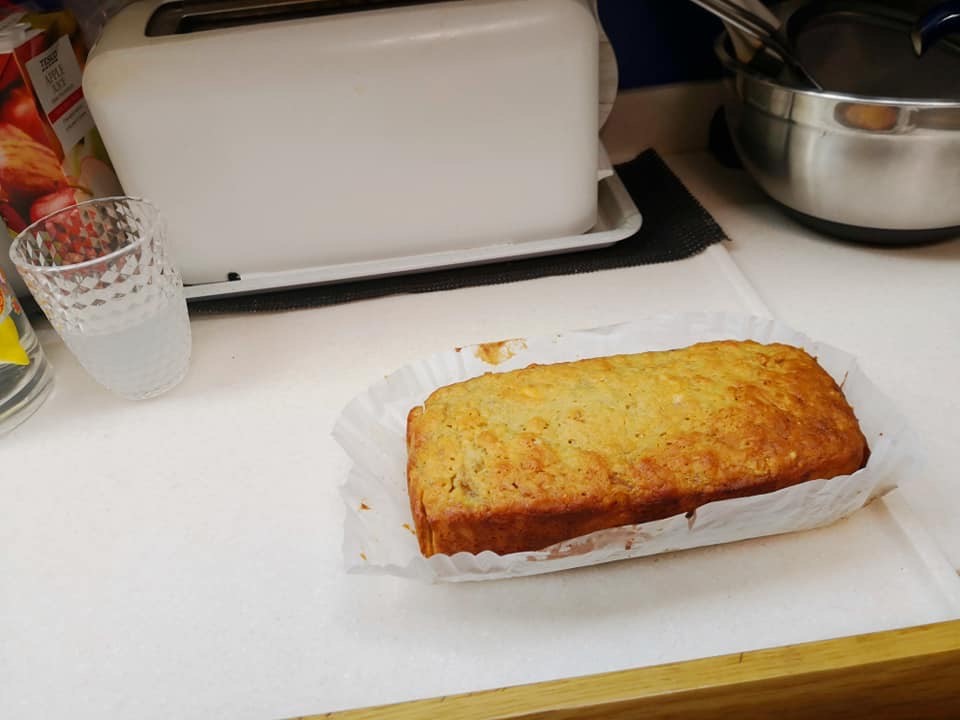 As we neared our destination, the weather deteriorated, felt like the Arctic and the  skipper dressed like an Eskimo! 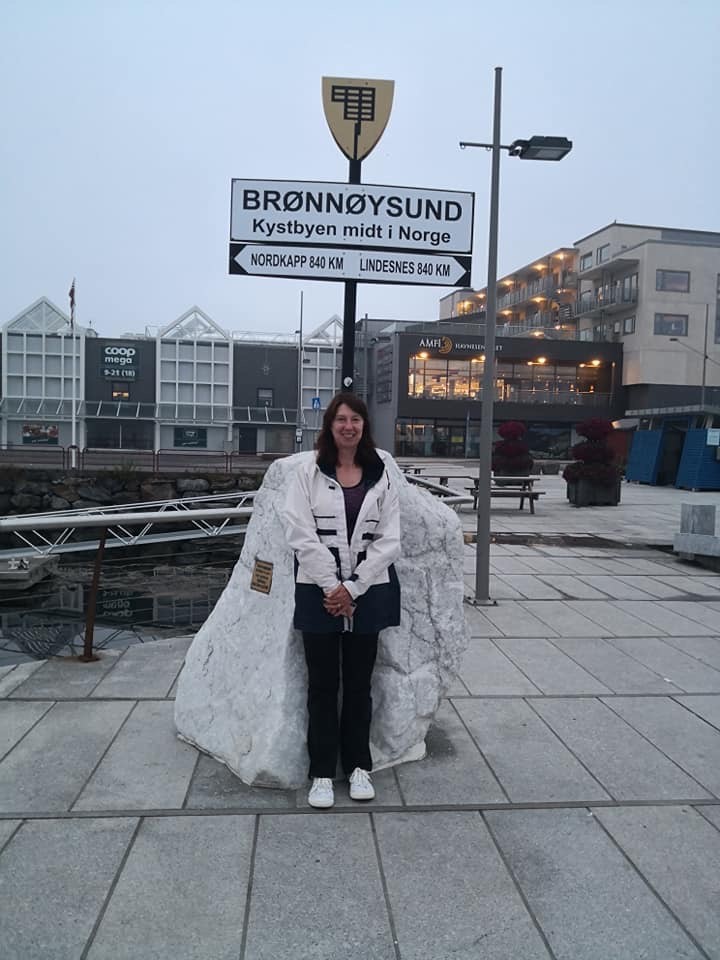 Bronnoysund has a population of 5k,  yet again, where are they? We saw two of them! Chef continues to look after us too well, need exercise. Morning yoga session to follow – watch this space.

Day 5: Bronnoysund to Rorvik. Wearing oilskins and clipped on to the boat

7.5 hour voyage covering 43 NM. The day started flat calm, but by the afternoon, boy what a change. The tail of the storm suffered in the UK came across and we experienced 20 knot winds, gusting 24. Helene decided she had to test her oilskins and new boat wellies. This led to full, testing of life jackets and lifelines. She wasn’t so keen on being the dummy for a man overboard test 😂.

The chef with the mostest produced the most beautiful open sandwiches, topped with Norwegian flags whilst being pitched 🌊 (a nautical term for being thrown about) in the kitchen 🤔. Saw some sea eagles but still no whales 😭. 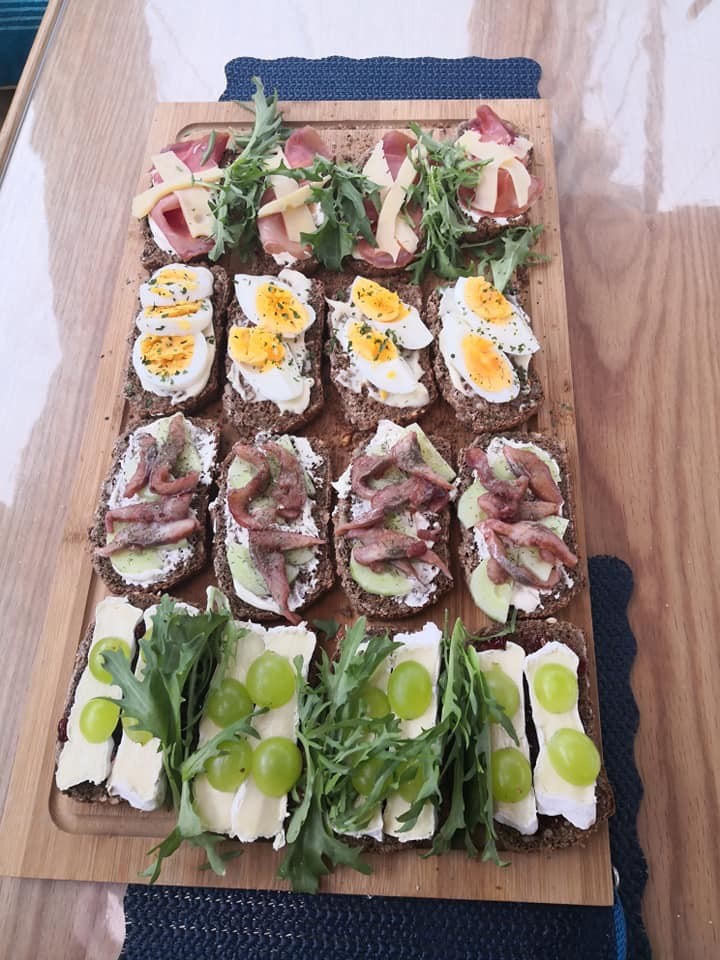 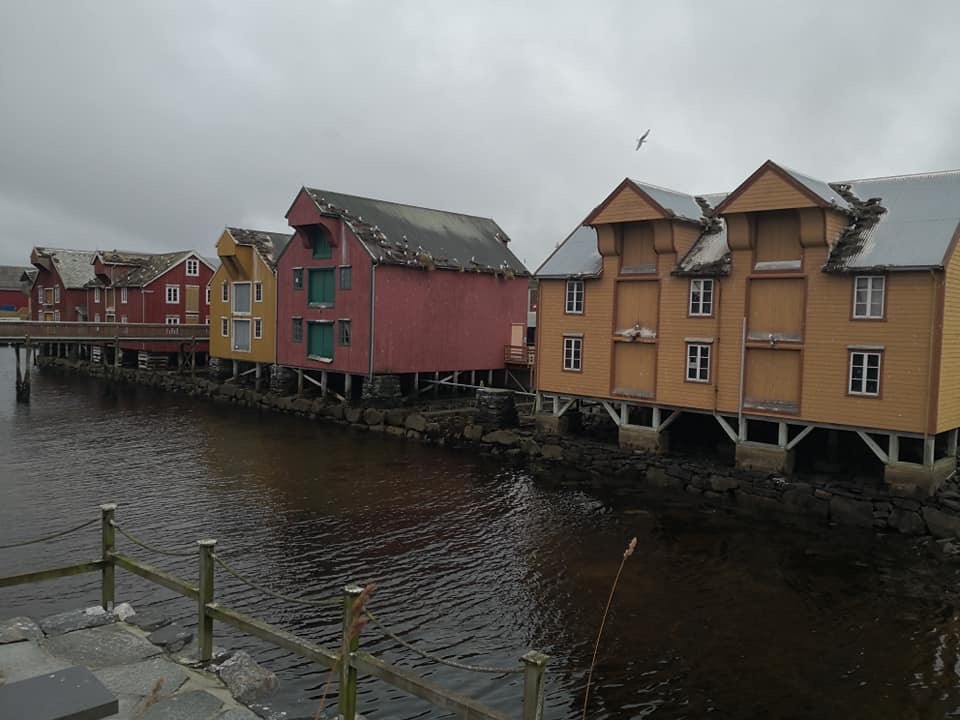 Day 6: Rorvik to Lauvsnes. What a day of two halves.

The morning was grey and overcast, with sea swells from the storm that passed through over night. Wind on the nose as we headed to Sor-Gjaeslingan, a cultural heritage site for lunch. Helene had a potential vomit moment, but managed to control herself as we were buffeted by the swells 🤢🌊. Chef made the sensible decision not to make soup! 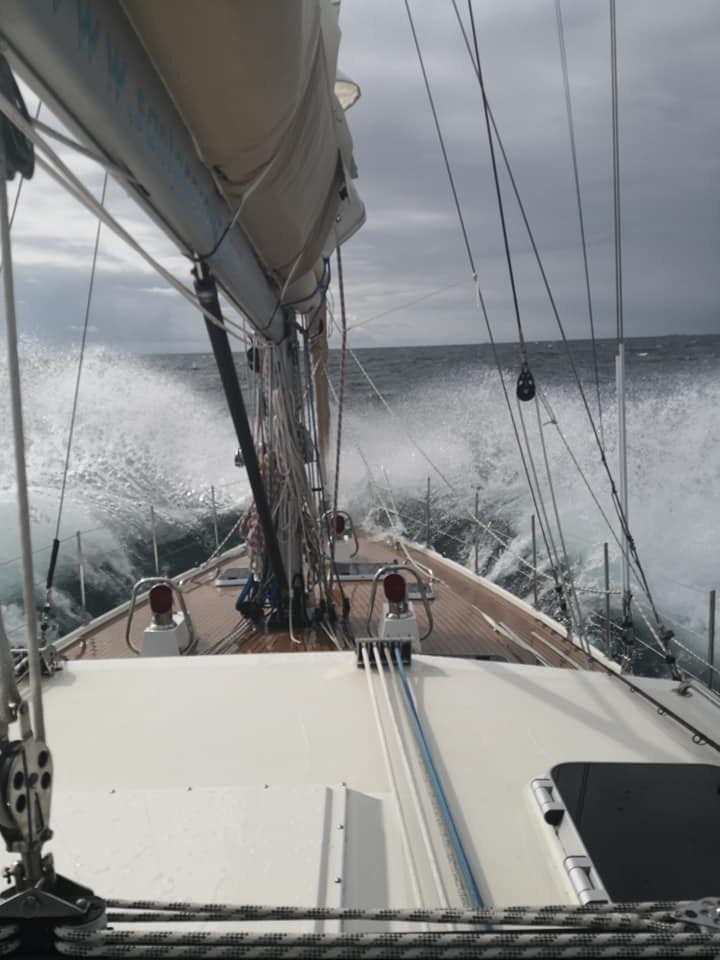 Then the skies cleared, the sun came out and we arrived at our lunch spot, the most beautiful part of the archipelago. The pics don’t do it justice. 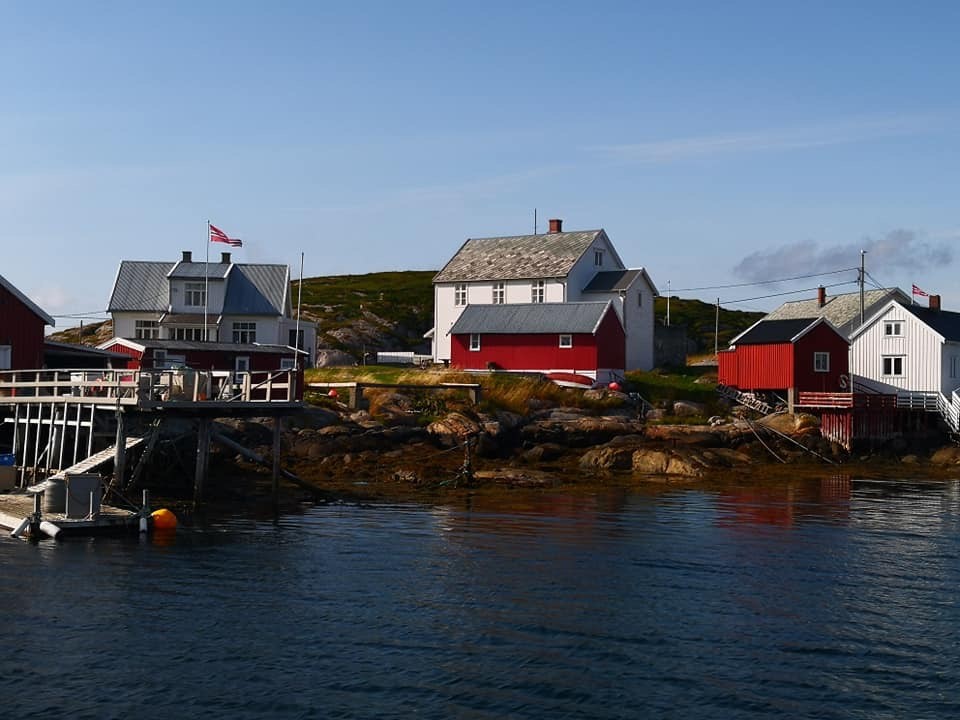 We then set sail, yes full sail, on a close reach with me at the helm. There was still quite a swell, up to 2.5 metres, especially on a beam reach. Santosa sailed beautifully reaching 7 knots and took it in her stride. 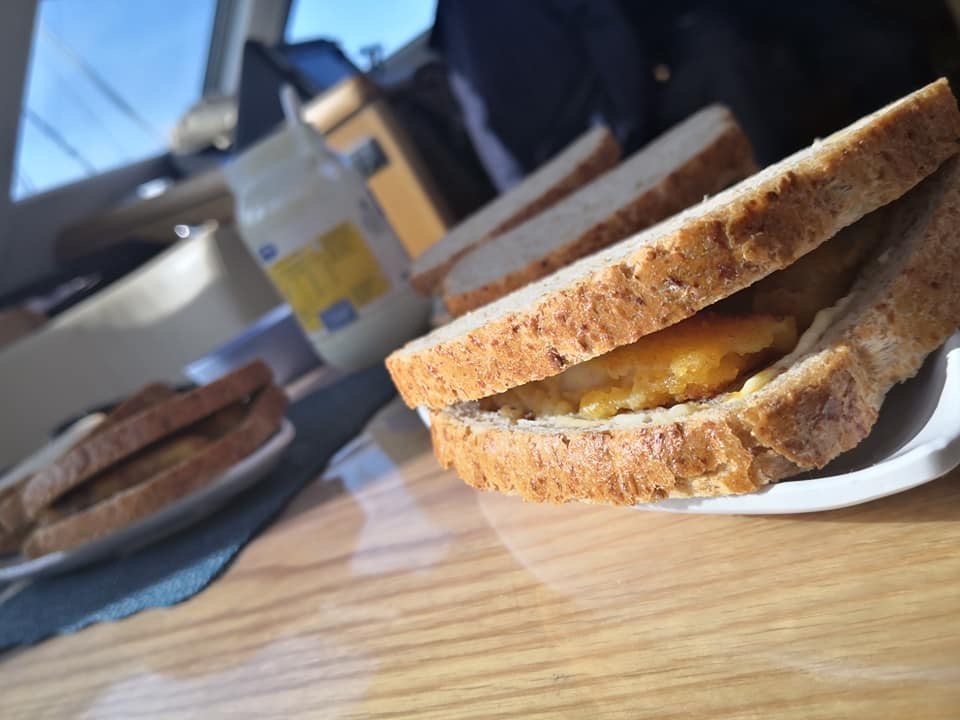 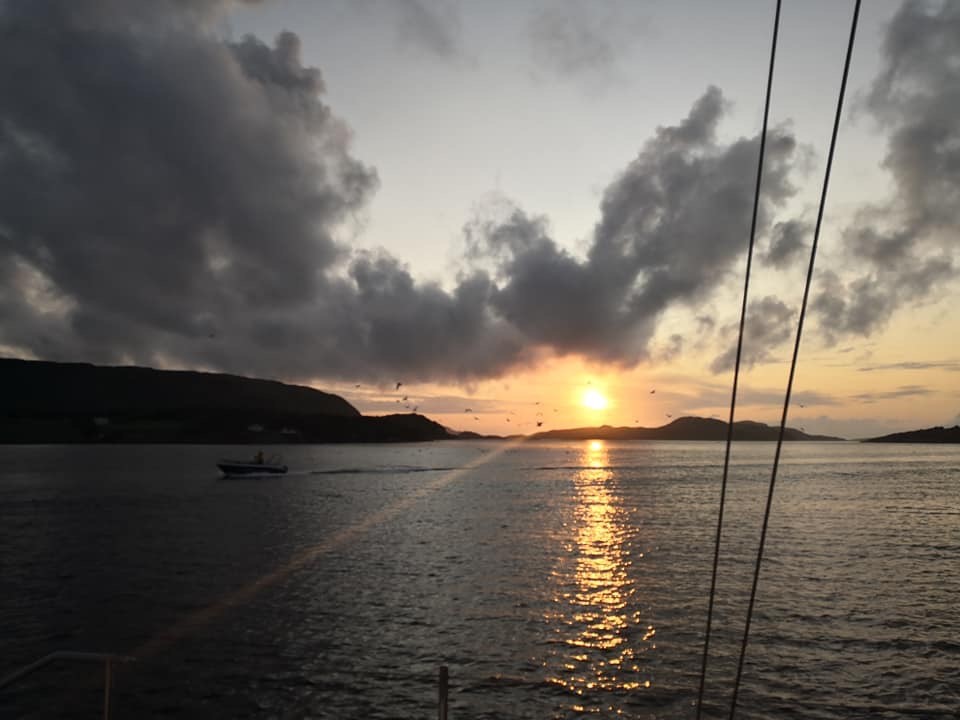 What this sapce for the next update.

Join Santosa For A Luxury Adventure

It could be a holiday of a lifetime sailing with Santosa. It is perfect for couples or two good mates who want to sail but also enjoy creature comforts in an adventurous location. You sail as Guest Crew and have a double cabin with ensuite. Full details are here.