Interesting Lighthouses In The Solent Region And Beyond

Whether it is a welcome beacon of light after a difficult voyage or a much-loved landmark every sailor has their favourite lighthouse. They are essential to our safe passage and although few around the world are manned, they still give the impression that someone is there, looking out you.

Below is a pick of lighthouses from the Solent region and UK waters. 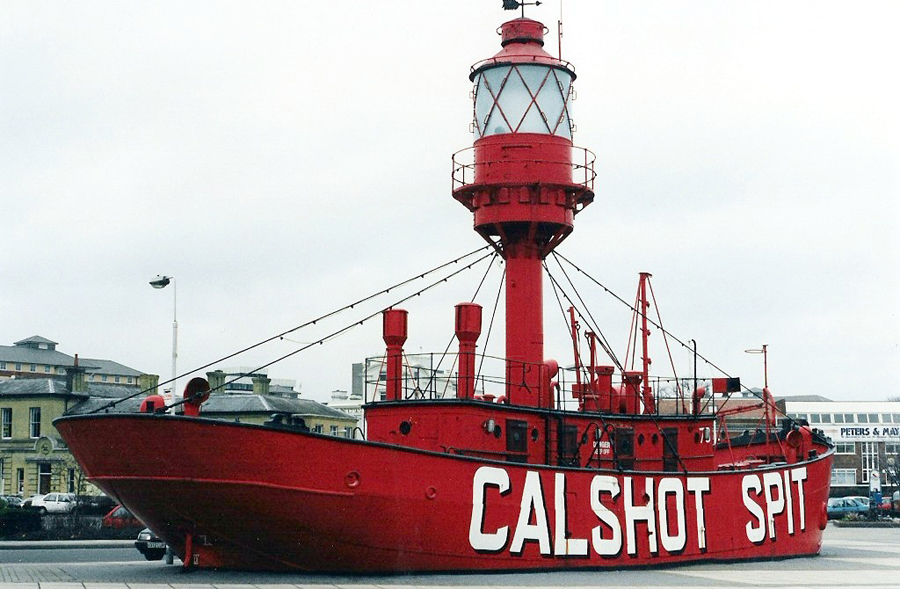 Did you know that an airport is called an airport due to the first passenger planes were seaplanes? In fact, the first continental ticket office was in Southampton.

Officially not a lighthouse but still a much-loved part of Southampton’s maritime history, the Calshot Spit Light Vessel 78 is currently waiting for a much grander home as part of a museum but recently renovated it can currently be found in Trafalgar Dock.

Calshot Spit is a bank of shingle at the entrance to Southampton Water and when this vessel was built in 1914 she had a pioneering, revolving light on top of her mast and used to guide the flying boats to their berths. It is one of the last lightships in the world. 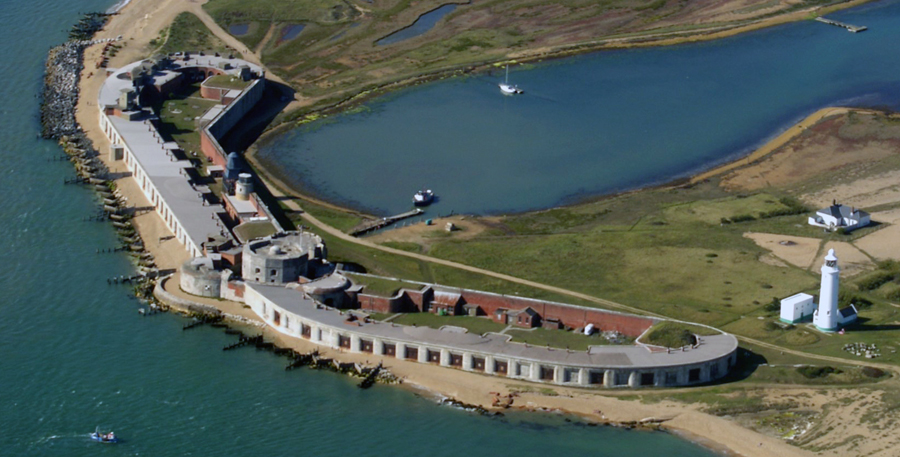 If you’ve taken part in the Fastnet Race or Round the Island then Hurst Castle will be well known to you.

On the western mouth of the Solent and finished in 1544 as part of Henry VIII’s coastal defence network, there is also a Castle at Calshot.

The first of four lighthouses arrived in 1786, the current ‘High’ one was opened in 1867 the Low Lighthouse is mounted on the wall of the West Wing. 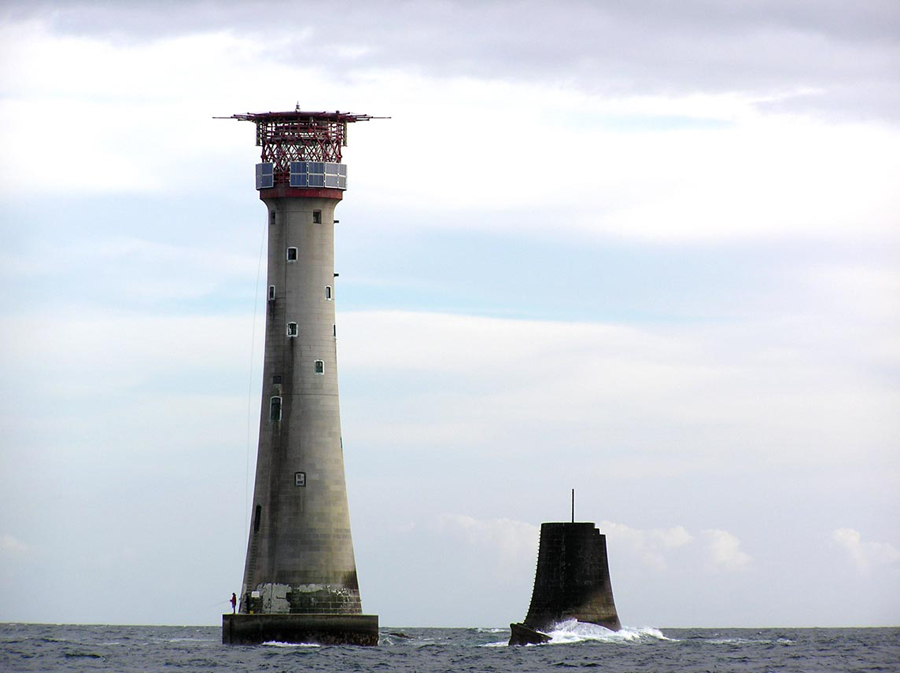 The history of lighthouse construction can be found in the stories behind the Eddystone and also how dangerous it was in those early years.

The first one was destroyed in the Great Storm of 1703 taking with its creator  Henry Winstanley and five colleagues. More information can be found on the Wikipedia page which states:

“The current structure is the fourth to be built on the site. The first and second were destroyed by storm and fire. The third, also known as Smeaton’s Tower, is the best known because of its influence on lighthouse design and its importance in the development of concrete for building. Its upper portions have been re-erected in Plymouth as a monument. The first lighthouse, completed in 1699, was the world’s first open ocean lighthouse although the Cordouan lighthouse preceded it as the first offshore lighthouse.” 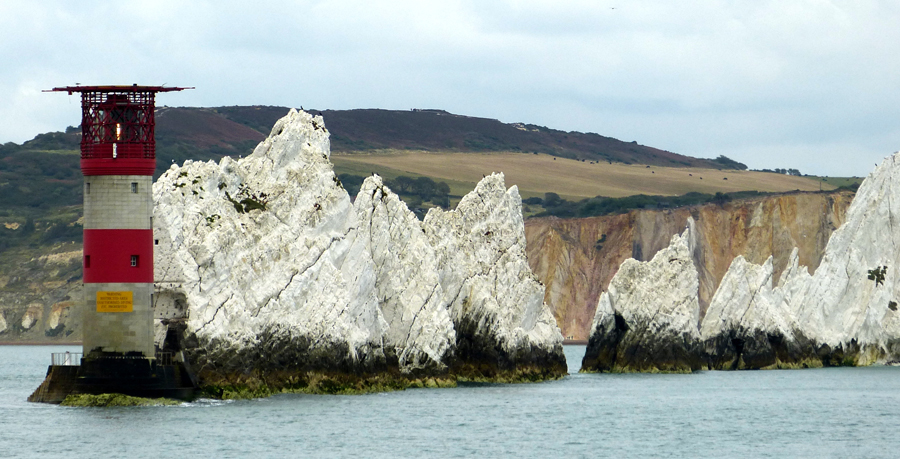 Not the original position for the lighthouse as the builders preferred the cliff top, but this westerly position at the end of needles became necessary due to fog obscuring the higher lighthouse.

This is another landmark you’ll pass during the Fastnet Race and Round the Island. 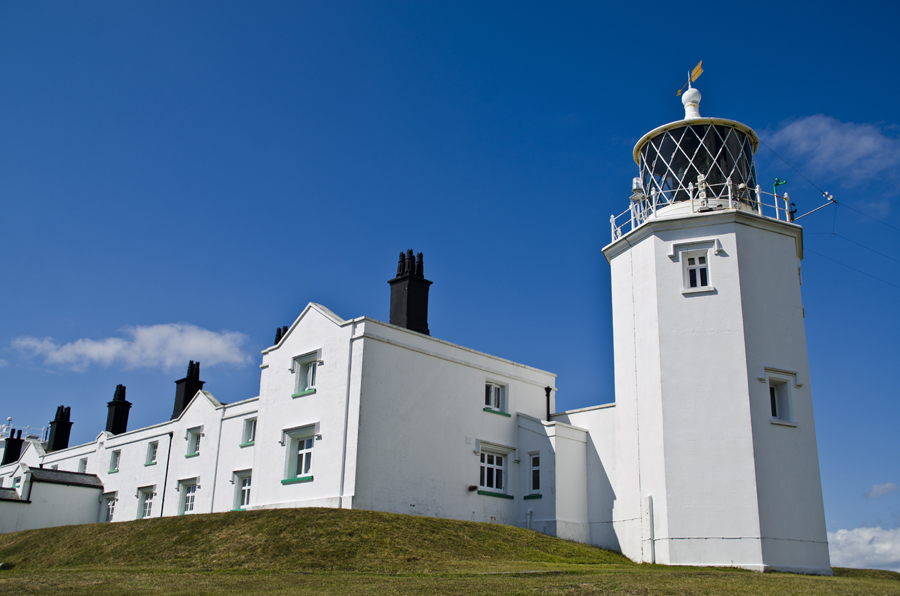 The last light you’ll see as you head out into the Atlantic, or on your way to the Fastnet. Built in 1751 by the landowner Thomas Fonnereau it has two towers and cottages. It has seen all the traditional changes you’d expect through the history of lighthouses and this is now represented by the Lizard Lighthouse Heritage Centre which is located in the lighthouse engine room, and still features some of the original engines. 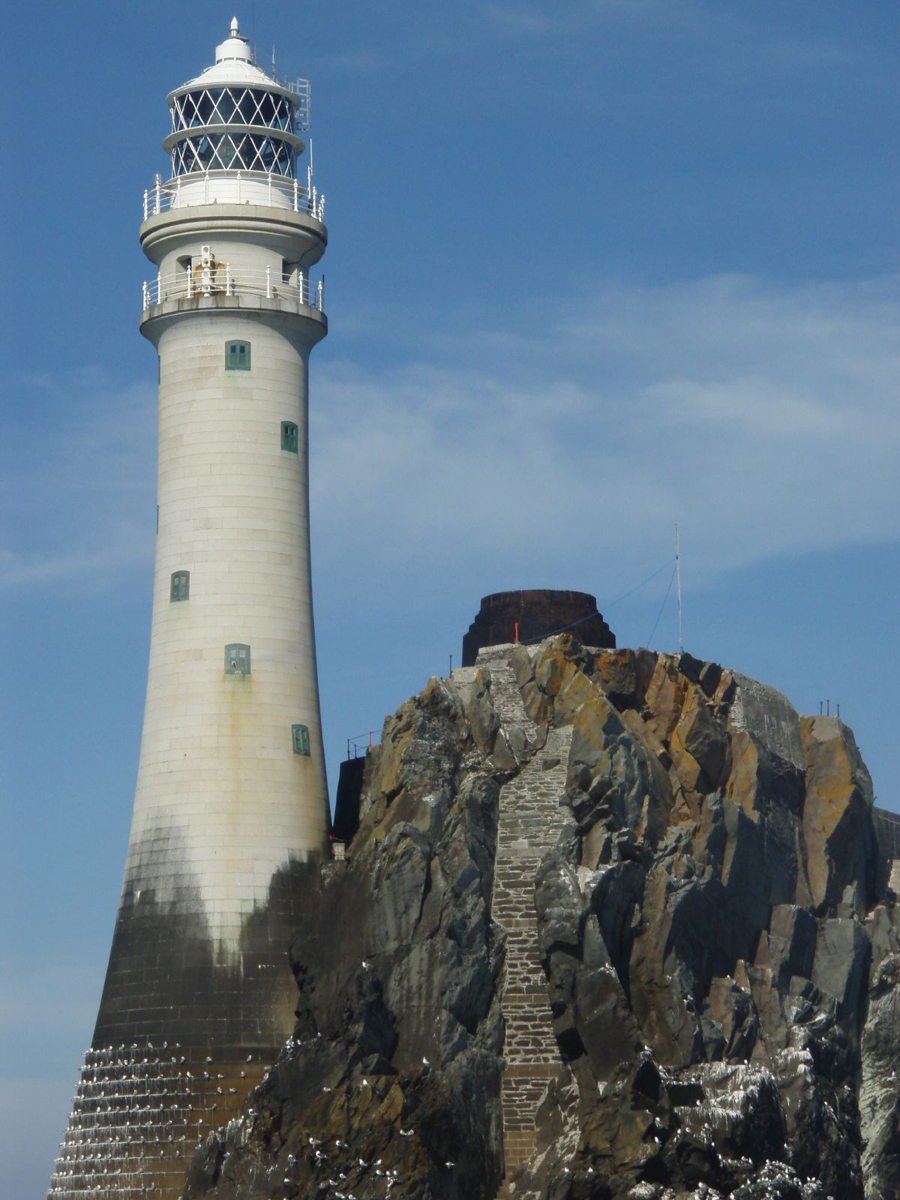 There is a race to it every two years and if you are lucky you pass it during the day, if not the light guides you around.

This lighthouse was begun in 1891 it is on a piece of land that has many names. In Old Norse it is known as Hvasstein-ey, ‘sharp-tooth isle’; Carraig Aonair, “lonely rock” or, because it was the last part of Ireland that 19th-century Irish emigrants saw as they sailed to North America, “Ireland’s Teardrop”.

The stones used to build it weighed between 1¾ and 3 tons and James Kavanagh personally set each one.

Photo by Anthony Patterson from Cork, Ireland – Fastnet, CC BY 2.0,