A scandal has ensued aboard the Challenger and 2 rival watches are forced to argue their cases as Skipper Sue holds court. Find out who wins and what constitutes as currency on board these days 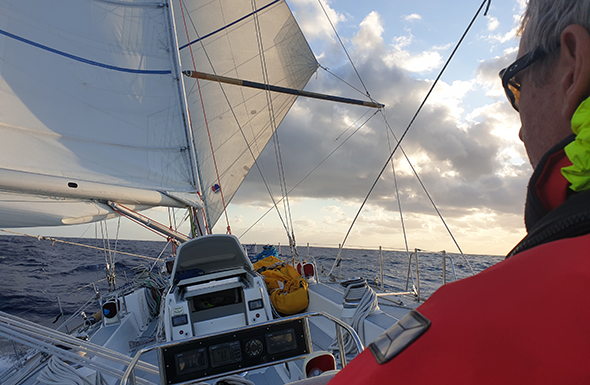 So today was an eventful day for several reasons. Firstly it felt like the day after the night before. This is in regards to a little drama which unfolded the previous evening which manifested itself as an accidental gybe. As ever; this was managed in a professional manner by our diligent and resourceful crew under the visionary leadership of our skipper (Disclaimer- no bribes were accepted when compiling this document!)

Secondly, and of seemingly much greater consternation of the crew, was Toffee Crisp gate. Explanation required? Thought so.

So the voyage has been long, and the biscuit supplies are dwindling (apart from cream crackers surprisingly). Because of this phenomenon; each watch has seemingly set out to search far and wide to secure the best pickings for their respective watches. Enter exhibit A – a pack of 4 Nestle toffee crisps. These were found by our first protagonist, our resident and only Swiss watch leader who smiles a lot and who would prefer to remain anonymous.

Not realising the magnitude of this truly momentous find; our anonymous Swiss watch leader placed these in a public place on the galley table. Enter protagonist B, or for purposes unbeknown to anyone other than the challenger 2 group, more commonly referred to as Rose. Rose, belonging to another watch, thought it would be awfully nice to share this with his watch and proceeded to remove said exhibit A from the galley table and deposit them with protagonist C- the newly christened “Eric” who belongs to the same watch as Rose. 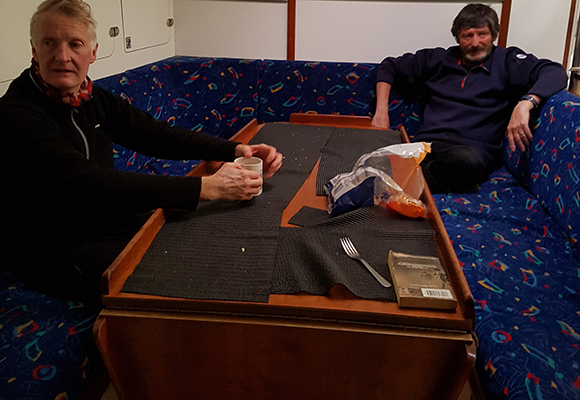 Scene of the crime – the Saloon Table in question

Upon learning of this upstart; aforementioned anonymous Swiss watch leader consulted with her watch who protested vehemently with the skipper the age old adage “finders keepers”. Meeting with the utmost urgency; Rose counter argued that since we were in international waters; the toffee crisp should be subjected to another adage – possession is nine tenths of the law. Unfortunately for Rose’s watch; the skipper found in favour of the Anonymous Swiss watch leader. This decision remains a contentious one and a burning topic of debate!

In other unimportant news; progress remains good; the last 24 hours resulting in 170 miles covered; aided by favourable south westerly winds. Those in the know (Lyndsey) have predicted a Sunday arrival in Falmouth which everyone is happily anticipating. Morale remains good and spirits high.

p.s the Toffee Crisps were delicious, and my phone has lost the will to live, so Kate/family et al advance apologies if comms delayed – Carey. 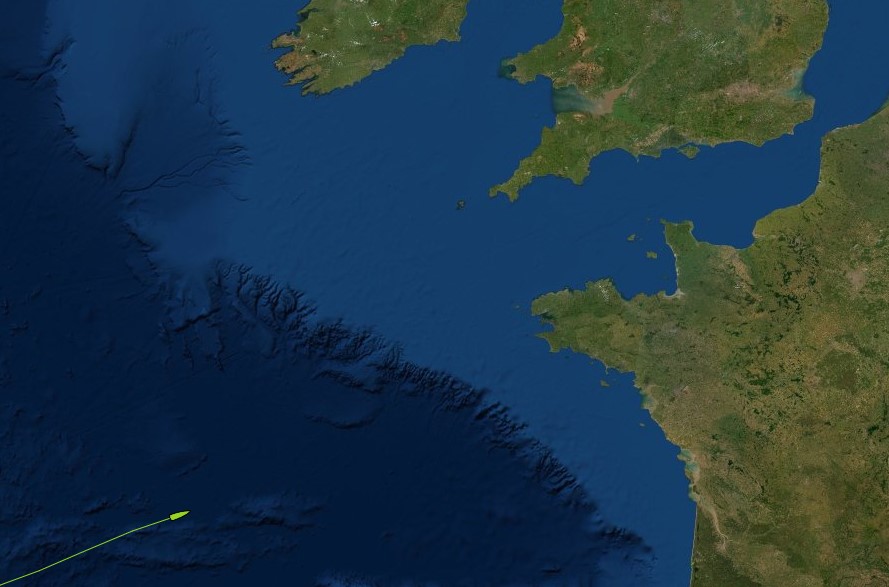