Santosa Records Sounds of A Whale in Nordic Waters 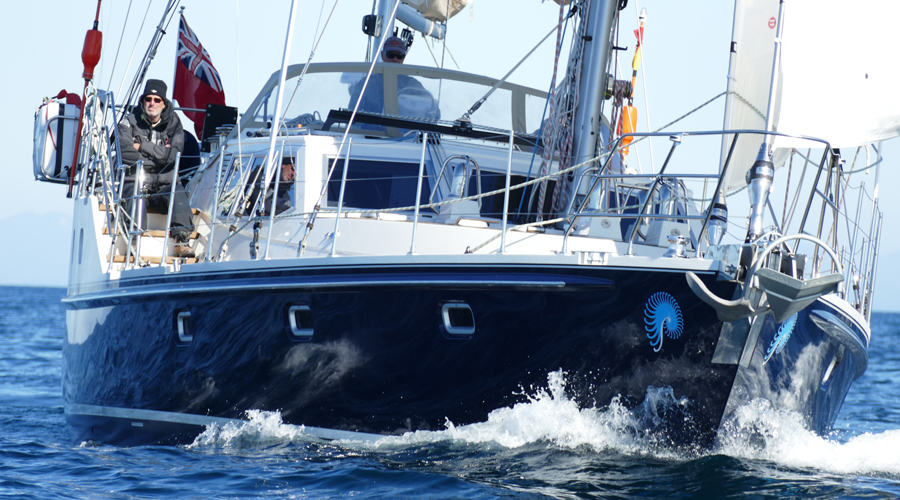 Adventures is what the luxury yacht Santosa promises to their Guest Crews. Whether it is epic scenery, on land exploring, buckets of fresh Nordic air or great sailing and sometimes an encounter with Mother Nature’s finest – a whale.

To make the experience even more memorable there is a hydrophone on board and now the sounds under the sea can be heard by the crew. In this blog, Steve explains more about the device and in the video you can hear the results.

Sounds From The Sea

Some months prior to a schedule being set for the Noway adventure a high specification hydrophone was ordered from Canada with the prime objective of listening to underwater sounds, primarily whales, Sperm, Orca, Humpbacks, and Dolphins.

The research did indicate that we would have good results listening to sperm whales hunting within a deep trench north of Andenes.

On a glorious day, the trench was located using the chart plotter, the hydrophone was lowered 20 meters and paired with Bluetooth headphones and also the yachts internal and external speakers so everybody could listen in.

Immediately the distinct sound of clicking made by the sperm whale could be heard, initially a steady pulse which would increase in intensity and speed.

For all of us to sit in silence listening was both magical and resoundingly eerie, at one point during a particularly quick burst of clicking all the Fulmars that had settled on the sea took off, surely the whale was about to appear and we were not disappointed. 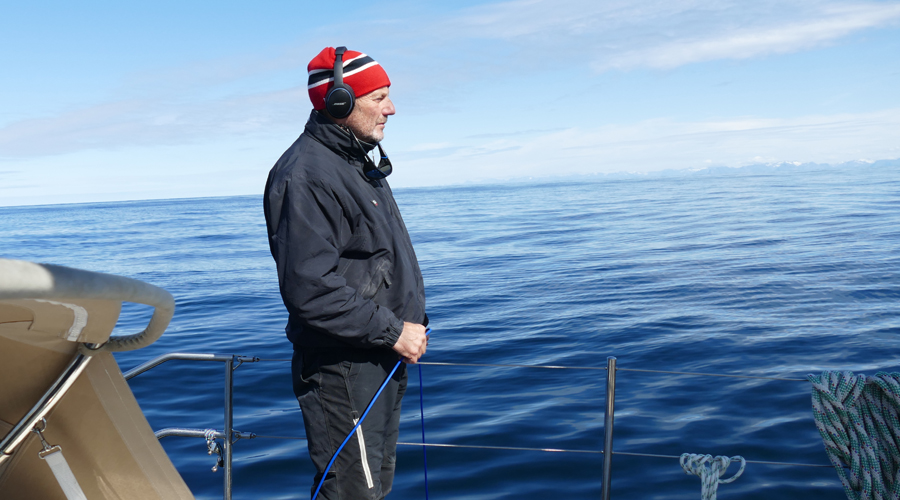 Scientists believe the clicking noise is made in the spermaceti organ in the head by the sperm whale and is used as a long range sonar but also to stun its prey, usually squid.

With their clicks, sperm whales can apparently detect a squid less than a foot long more than a mile away.

There is a story of a diver putting his hand out close to a sperm whales head and his arm becoming paralysed for 4 days. Sperm whales typically dive to depths of 300-600 meters which make it the deepest diving mammal, though some evidence suggests they can dive to at least 3000 meters. 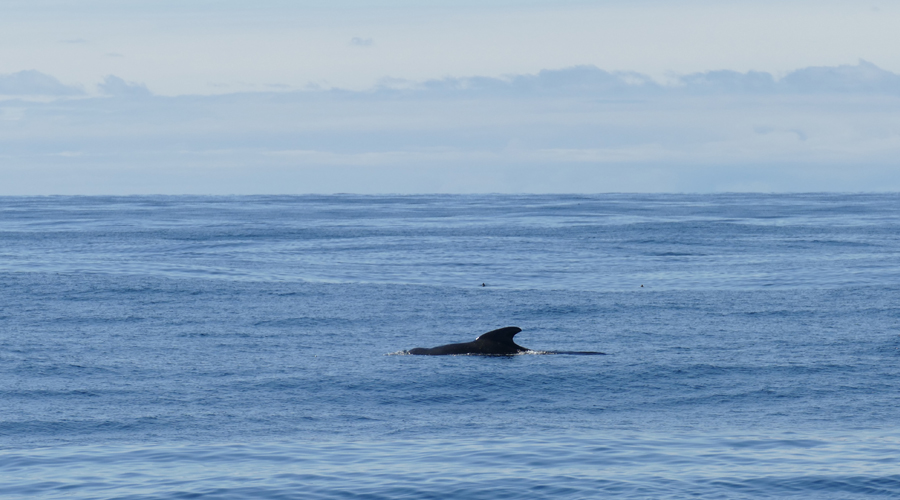 It could be a holiday of a lifetime sailing with Santosa. It is perfect for couples who want to sail but also enjoy creature comforts in an adventurous location. You sail as Guest Crew and have a double cabin with ensuite. Full details are here, visit this page for the Lofoten Islands holidays.  There are also some 2020 dates. 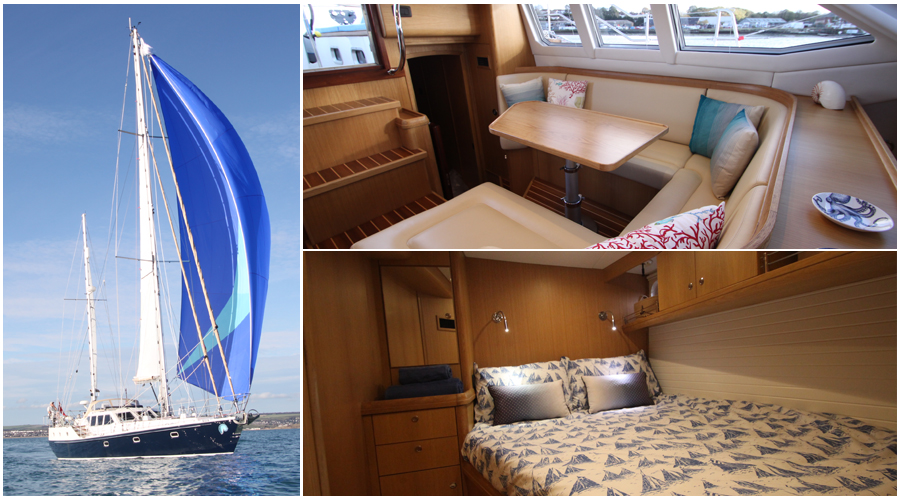