Excitment is building on Challenger 2 as they close in on the Azores.  Life on board has been challenging in the rough weather they have had.  Crew member Matt gives us a snapshot of the last 48 hours or so.

During the 21.00 to midnight watch, 25 knots, gusting to 45 knots, Challenger 2 on a run being overtaken by the growing swell.  Helming was exhilarating and the shoulders felt they’d had a complete work–out. 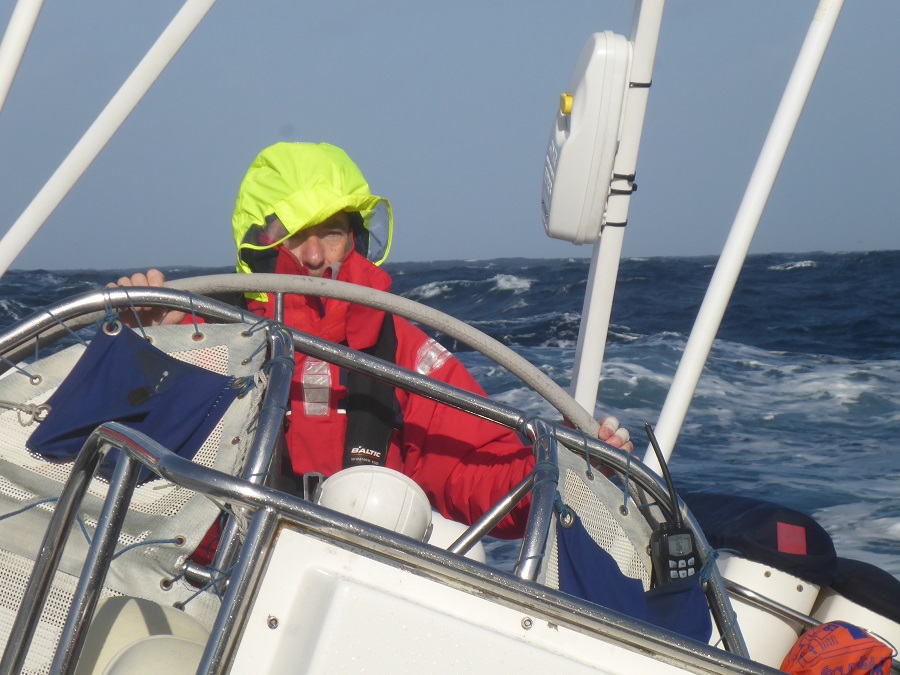 Midnight watch change, by now the wind was about 30 knots, gusting to near 50 knots and as two watches were on deck doing hand-over 2 waves merged. I listened from the warmth of my bunk to the waves cascade down the deck. It landed on the two watches.  The morning included reminiscing of how both watches were decidedly damp.  James Le B feared at the end of the watch that he’d developed premature permanent wrinkled hand syndrome, he dried out. But Irish James managed 16.2 knots during a watch dominated by heavy squalls, and later a lightening show as Challenger 2 was overtaken by the swell. 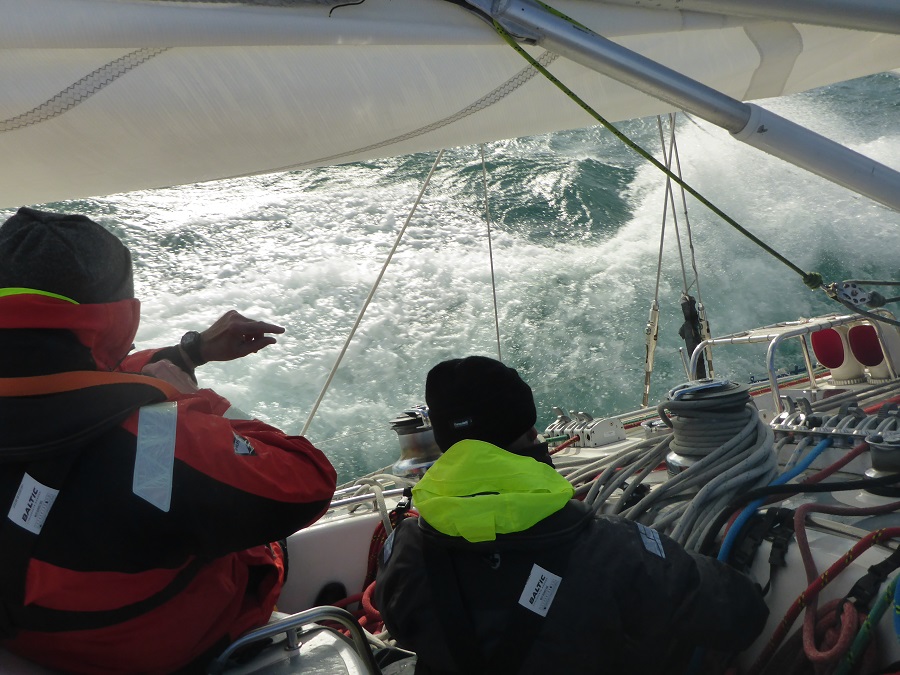 Rail in the water

As each watch came off duty they looked more drenched than the last.  The hope the easing of the wind and reduced sea state would help the “mother watch” were dashed as Carey, Andrew and Matt struggled to cook a Jambalaya for dinner. Spirits were lifted by the sighting of a whale and dolphins during the afternoon.

Mother watch is finished and Challenger 2 with main, 3 reefs and storm staysail is proceeding comfortably at approximately 7 knots on a course over ground of 620  as all on-board settle down for another damp night of watches.  As we near the 600 nm mark to Horta in the Azores the conversations are starting to focus on the little luxuries each will indulge in.