From RYA Competent Crew to Round the World Race!

Ricky Chalmers talks about his sailing career to date 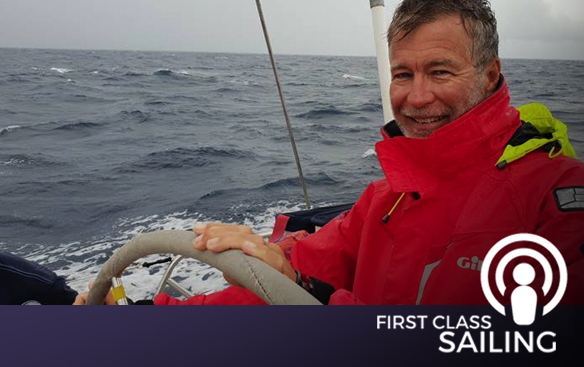 Ricky discovered the thrill of sailing relatively late in his life after booking a sailing holiday on a whim for his family and completing an RYA Competent Crew Course. He then signed up for a Round-The-World yacht race, billed as the “Worlds Toughest Yacht Race” – the Global Challenge 2004-5., That experience decided Ricky’s future – he gave up his high powered career in Information Technology. Wind forward fifteen years and Ricky has now clocked up 260,000 sea miles, completed another Round-The-World-Race, this time as skipper in 2007-8, six trans Atlantic ARC races, six Fastnet Races, and sixteen Atlantic crossings as well as sailing as far North as the Lofoton Islands in the Arctic Circle and as far South as 62 degrees South, 120 miles further South of Cape Horn. He is the Principle of his own RYA Sailing School, instructs and examines for a number of other sailing schools including First Class Sailing.

Listen to the full Podcast Here