The Crew of Challenger 2 are making way again and headed for UK waters – next stop, Falmouth! 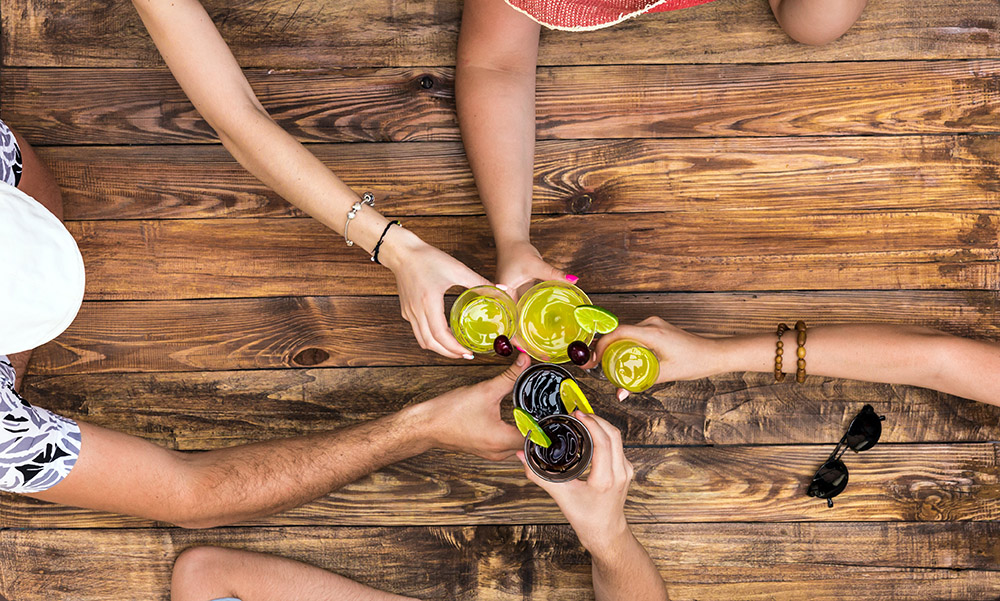 So in the early hours of the morning (UT) we finally got a glimpse of salvation. The bright lights of Horta lured us in the last few miles. Along the way; we were escorted in by a pod of approximately 20 dolphins which was a poignant way in which to end the first major leg of our voyage. 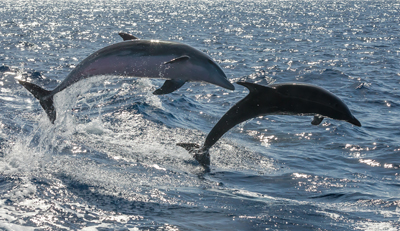 These turn into phosphorescent torpedoes at night

Once ashore; the extent of our exertions on the vessel became apparent. All 16 souls on board dutifully proceeded to brush, mop and spruce up Challenger 2. Sails were taken ashore and thoroughly washed, the decks were scrubbed and hatches cleaned. Once our efficient skipper cleared us all for customs; a spirit of freedom of 16 people who had spent 17 days at sea ensued and subsequently unleashed on Horta. Many rushed to the showers and laundry, some elected to make for the nearest hotel whilst others opted for the laconic lure of Peter’s bar!

In the evening; all 16 crew contrived to congregate at Peter’s bar. Much fun and frivolity ensued; needless to say some people’s fresh hold for the aforementioned fun extended far above others. It is a safe assumption that this was a rare evening for trade at Peter’s bar!

Weather update – provisionally the current weather is indicating that the optimum time to depart from Horta will be Sunday morning (UT) in order to avoid a spell of high wind in the north. Watch this space!

A Challenger 72 with the Azores in the background

The stay in Horta was enjoyed by all. As a part of Portugal, it is as if a small rural European town was transported 800 nm or so out into the Atlantic. You can drive anywhere on the island in less than half an hour, and that leaves time for circling a round-about multiple times before picking a direction and stopping for a couple minutes to let a group of chickens cross the road (but why were they crossing?). The countryside is lush grassland in a patchwork often demarked by barriers of bamboo; there has been speculation that the cows outnumber the human population. The crew dispersed in groups – some stayed onshore, some visited the whaling museum, some hiked, but all spent time in Pete’s bar (a local institution). There was provisioning, and last day showers if you could get one.

We slipped the lines this morning around 10 AM local time, and have been sailing out through the islands more or less east. Dolphins have been spotted periodically throughout the day, most recently by the night watch as glowing torpedoes rapidly approaching the hull (highlighted by bioluminescence in the water). The glow of the lights on the furthest island is currently dropping below the horizon.

It is good to be setting out on the last major leg of the trip and if all goes well we expect to be in Falmouth in a week or so. 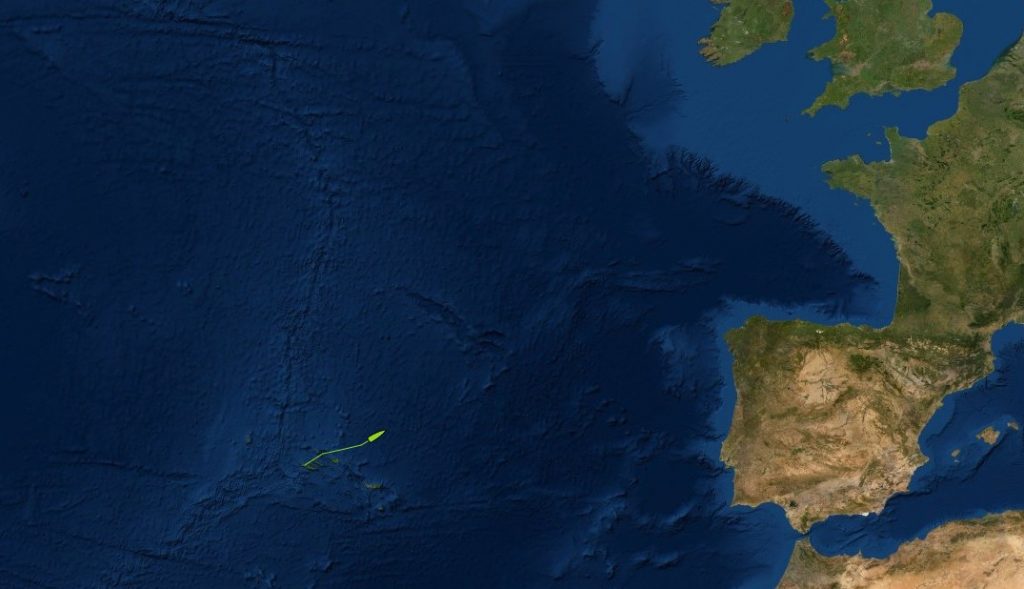