Mark my Watch Leader appeared within the dim red light of the sleeping cabin, ‘Sharon, half an hour to watch change’, ‘OK’ I said, half asleep, I had eventually got to bed at 0340, it was now 0630. I felt knackered but excited for the day ahead, this was the last day of our Fastnet race, today we will be arriving into Cherbourg our finish of our Fastnet 2021 challenge. I closed my eyes again and listened. The boat swaying gently. The usual hustle and bustle sounds surrounded me. Eggs being cracked, crackling bacon in the galley, the noise of winches from on deck and dim shouts of ‘grind the yankee’ from above, ‘It’s 25 miles to Cherbourg’ I heard a voice from the navigation table, the buzz of the generator was running and there was music being played, Scott our music maestro was on top form again and being assisted by David making breakfast, footsteps of those coming down the stairs from deck, the previous watch.

I scrambled to the heads and told Mark my Watch Leader ‘There’s no toilet in the head’, he answered, a grin on his face, What? ‘Has somebody stolen it? Oh he’s so funny! I laughed, I meant the loo roll! I looked in the mirror, now six days at sea without washing my hair, What do the American military call it, Defcon 4? Yeh exactly! It feels like there is a house-elf on Challenger 1 because everyone loses something no matter how careful they are or where they thought they put it – Where’re my glasses? Has anyone seen my hat? Have you seen my charger? It’s amazing, the most carefully packed boxes quickly become chaos in the small, cosy areas of the dim dark sleeping areas.

Up on deck last night the Milky Way was in its magnificent splendour, it was warm and Tee made us terrific banana sandwiches, it was 1am. We had gybed in the night, everyone so much more confident in their roles and knowing exactly what to do even in the pitch dark with our dim red head torches to guide us, no mean feat doing this with two huge heavy spinnaker poles to pole out the yankee from one side to the other. The team was just awesome and our Watch Leader Mark and Skipper Mike were really pleased with the smooth operation.

A lovely sail onwards towards Cherbourg, the wind on the beam, a moderate 15 knots, a gentle swell, and blue sky. Another beautiful sail still without sight of land, we could see a stream of spinnakers in our wake, all a long way away sitting softly on the horizon around us. Slowly out of the haze we eventually made out Les Casquets, a rocky outcrop topped with a lighthouse sitting proudly on top.  This was our first sight of land since leaving the Fastnet rock at 0813am on Wednesday morning, it was now Friday morning. Guy took the helm under the expert instruction of First Mate Mike, going downwind with the pole and the yankee goosed out is no mean feat and he did terrifically well. Tee then took over the helm, she laughed enjoying the speed until she was told to bear away, she was having fun. Mark (Watch Leader) gave us a short lesson on how to use a sextant and we practiced lining up the sun and the horizon through the optical mirrors and taking measurements. It is a fascinating old historic navigation tool, still used today on occasion mostly for those on vast ocean passages using the sun and the moon for navigation. Fascinating.

Alderney came into view, we passed a small fishing vessel picking up crab and lobster pots, it rolled menacingly even in these light conditions, it looked like a seasick machine!

The laugher and banter within the crew have accelerated, excited anticipation for our finish. Everyone was now on deck having fun but of course still focussing on the sails and going as fast as we could, we were on the home straight as the Brittany coast came into view. Soaked in sunshine, the landscape was green with fields and trees, different from all of the rocky cliffs we had seen over the past few days. Cherbourg appeared eventually on the horizon, a town, we could see the huge sea wall and the old forts of the harbour, brilliant. 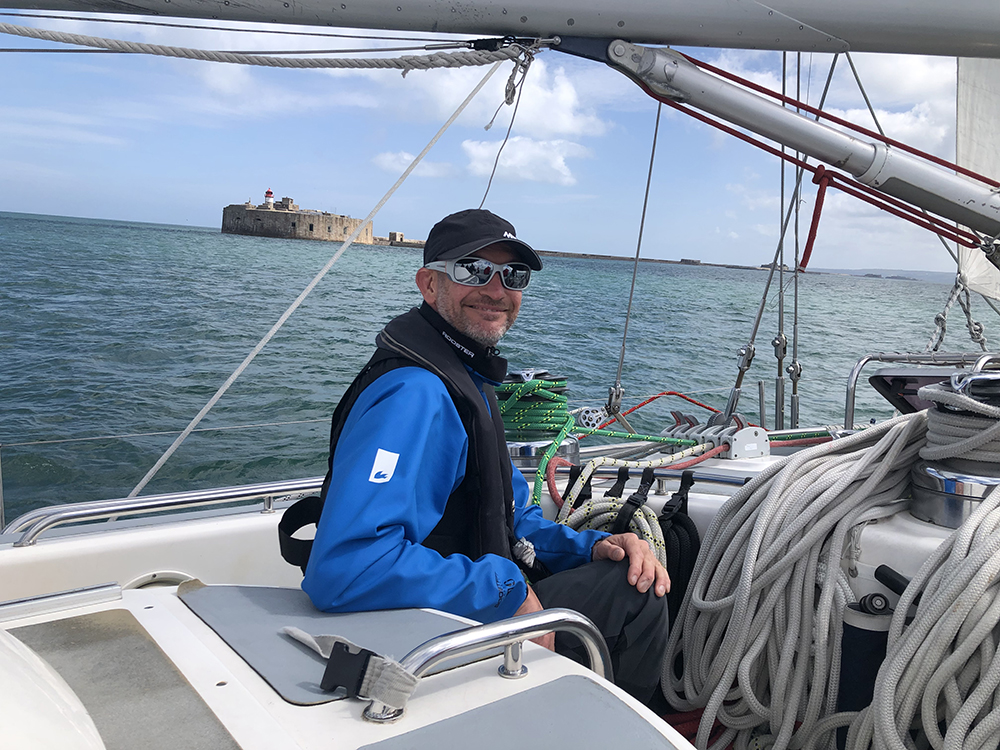 The finish was in sight, excitement and energy rose within all of us, we were here, we had made it, we were all awesome, I felt quite emotional, so happy and proud of all of us. We sailed on between the two magnificent Napoleonic forts perched high either side of Cherbourg harbour entrance, our finish line between a red tower perched on the port fort and a black flag set high on the starboard fort. Skipper shouted “well done everyone, we’ve done it” as we sailed through the finish line. A huge cheer erupted, laughs and claps, hugs and whoops of jubilation. Yes! we’d done it! The hardest race we have raced, its highs its lows, we’ve been faced with strong powerful winds, huge swells, seasickness, boat and sail breakages, bruises, the wet, the cold, the lack of sleep, days that immerged into nights then back into days, sleeping in hammocks at angles that defy gravity. Minimal washing and simple tasks like changing your socks just become crazily difficult, below decks wild and erratic, but we had loved every minute of it. The racing absolutely fantastic, a crew who didn’t know each other before, now bonded and now firm friends. We smiled to ourselves, we had done it, proud and happy. We’ve raced the Fastnet 2021 and conquered it. Just absolutely terrific. 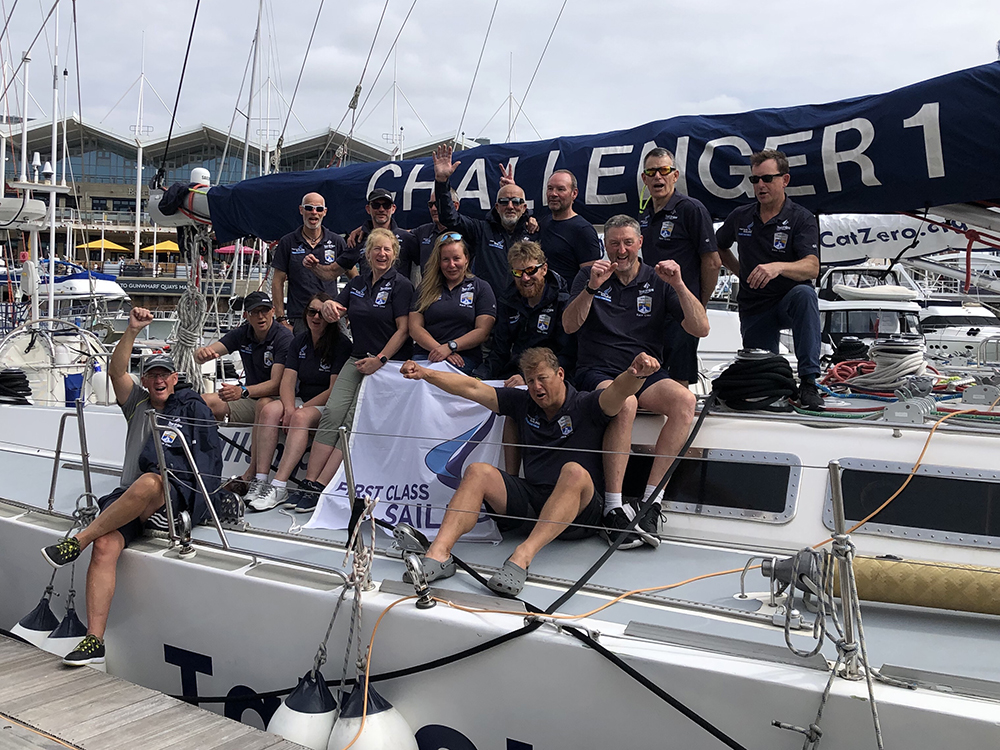