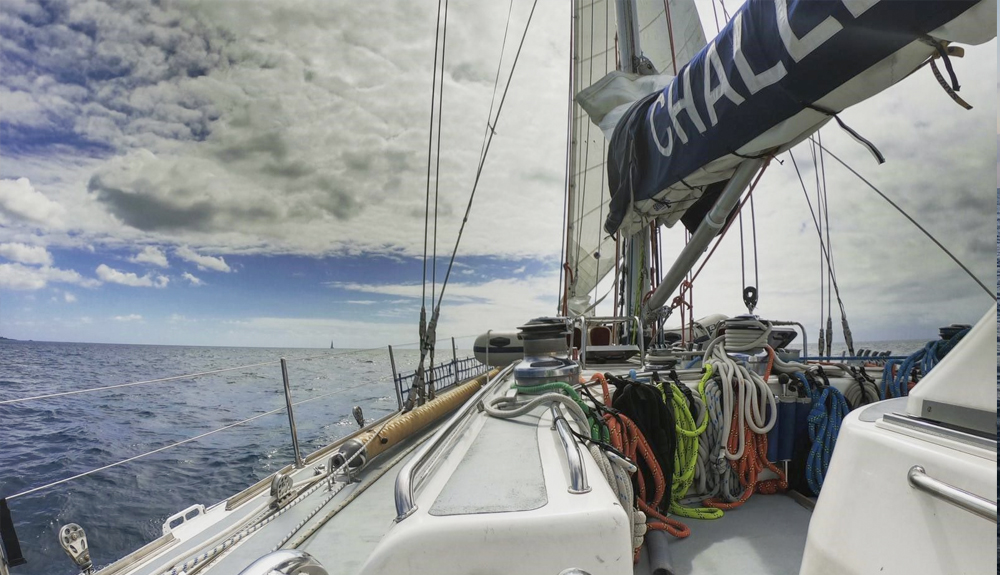 After the storm, the calm. The sun came out and warmed our damp oillies and our weary bodies from the onslaught of the previous 24 hours, the wind abated to a steady force 3-4 at times with occasional white tips of the waves of a force 5. We carried on our adventure, a beautiful sail heading down towards the Lizard and Lands End. The full rig was eventually hoisted and out came the reefs from the previous days fully reefed mainsail, storm jib and smallest yankee. The previous days extremely wet change from removing the stormsail and hoisting the staysail at the crazy angle of 45 degrees with waves crashing over the bow, the bow leaping up and down in the huge swell and almost losing the storm sail as it was swept overboard with desperate moves to retrieve it from the sea, today’s sail hoisting appeared almost leisurely however exhausting, we were all very tired from our day before.

We all breathed a sigh of relief gathering our thoughts, sorting our kit and finally having the chance to have a wash without being thrown around the cabin below deck, those who had been poorly with seasickness were slowly recovering as the sun came out and the dolphins came out to play. A huge special treat of so many pods of dolphins coming to greet us, dancing and jumping in the water around the boat to our delight, we lost count there were so many. Many jumping extraordinarily high to whoops of AHH from the crew, one dolphin playfully slapping its back fin in a final display of fun each time as it re-entered the water with a nose dive! 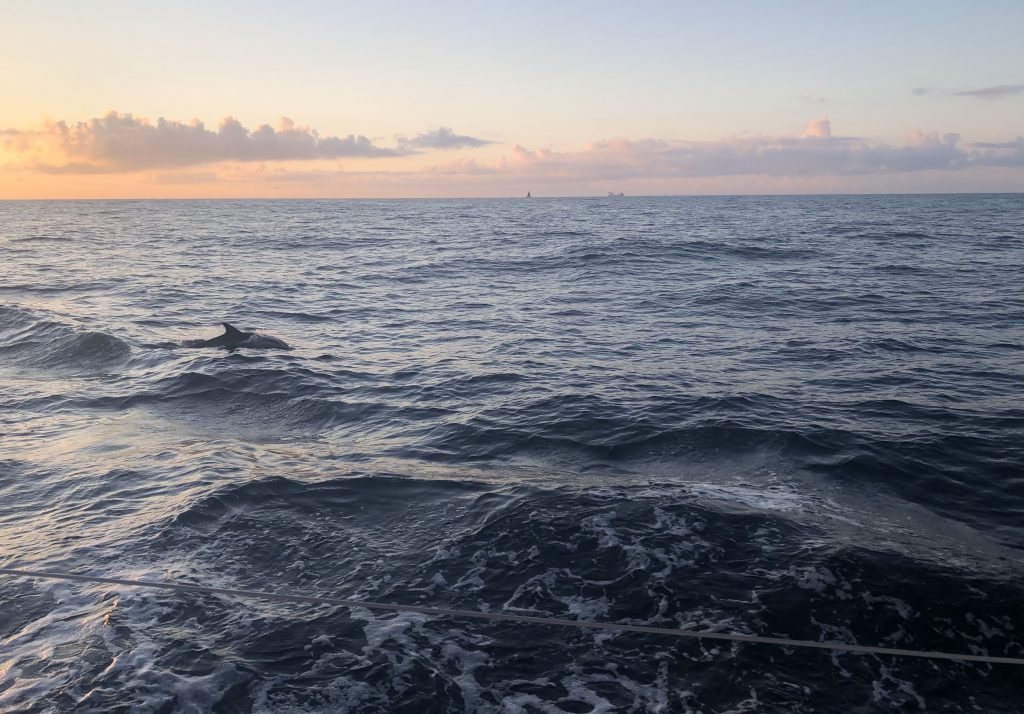 Our watch systems were in full flow with turns in cooking, cleaning duties and everyone’s favourite of cleaning the heads (toilets), but it’s not as bad as it sounds! After the crazy weather the previous day normal meals resumed as cooking became safer to both cook and eat and everyone’s appetite started to return. The banter and support within the crew to keep each other safe and happy is lovely to be part of and life on board is starting to flow.

As the night drew in the blue sky changing to the deep darkness of night each watch was treated to the magnificence of the night sky, the display of stars stretching across the heavens, the milky way in full luminescence of billions of stars. We are in awe at its beauty. Looking up at the top of the mast swaying forward and back in the backdrop of the stars beyond was quite magical, satellites and shooting stars too many to count. The lighthouse of the lizard sweeping across the horizon still many miles away, a few yachts could be seen on the horizon, many in the Fastnet race. 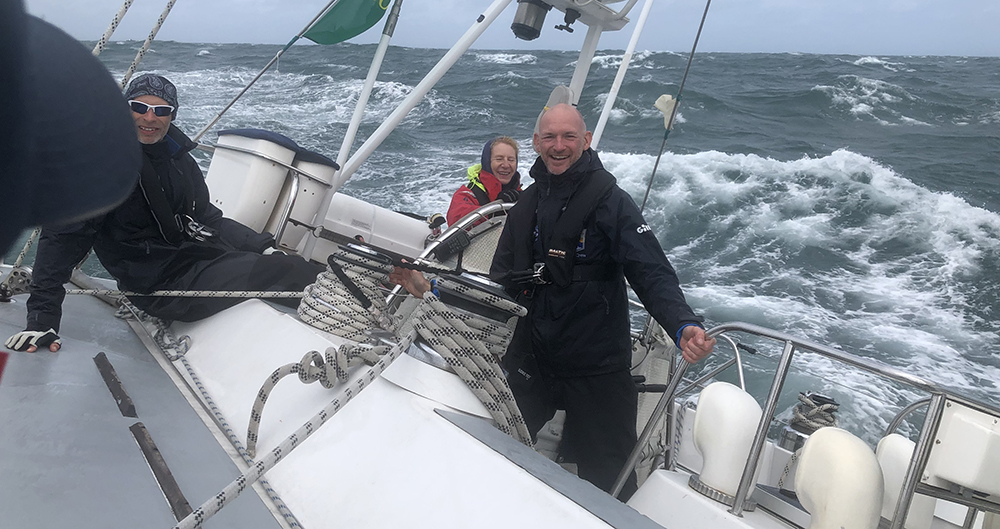 With the wind now calmer to a force 2-3 the team trimmed the sails in the darkness of the night to gain as much speed as we could. Bioluminescent phytoplankton illuminated every wave and left a trail of fluorescent silvery jade glow in the water almost mystical, we were all in awe as we glanced back at the trail of luminescence left in the trail of our yacht. Missing a heartbeat and a gasp within each of us dolphins skimmed through the water they themselves laminated fluorescent in the glow almost otherworldly with a luminescent trail left behind them. This is truly a beautiful planet and an amazing adventure.