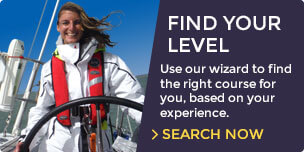 Travel from the Netherlands and Learn to Sail in the UK

The sailing courses are provided by our experienced, patient and friendly instructors who are used to dealing with a wide range of abilities. So whether you are a total novice or have many miles of experience come and join us.

RYA Yacht Sailing Courses all fall under the RYA ‘Cruising Scheme’. There are 3 categories of courses:

Shorebased navigation theory classes. These can be taken online from anywhere in the world or in a classroom.

Practical Sailing Courses. These take place on a sailing yacht. Accommodation and food is all included on board. 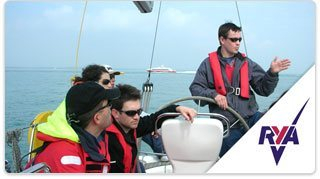 A great many of our customers come from abroad and have English as a second language. We are used to dealing with customers from a wide range of countries and many Dutch that live and work in London as well as those that live in the Netherlands come to take our courses.

The one day supplementary courses we run in London (VHF, Diesel, Sea Survival) and the practical sailing courses on the East Coast are particularly popular with the Dutch given the close proximity of these venues with the Netherlands.

Shorebased Navigation Courses – Online from anywhere in the world

Navigation classes can be taken in a classroom. They are usually in London and are held over 7 weeks (1 evening a week) and a weekend or over 2 and ½ weekends. This is perhaps not particularly convenient if you live in the Netherlands.

However, of more interest will probably be the online version of these navigation classes. The online version can be done anywhere in the world with an internet connection. We send you some course materials and a username and login. You can then take the course at your leisure at a pace that suits you. Friendly email and phone support is provided if required.

For those seeking a commercial endorsement the Professional Practices and Responsibilities (PPR) Course can also be taken online here. 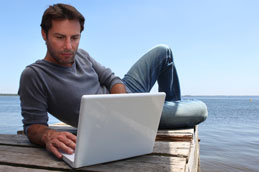 RYA Practical sailing courses start and finish from both Southampton on the UK’s South Coast (in the Solent). Southampton base postcode is SO14 5QL.

Practical sailing courses are held on our clean, well maintained, heated and modern yachts. Accommodation is on board the yachts and it is recommended that you stay on board the yacht the night before your course starts. A course is 5 days long. We can cater for all any dietary requirements.

Our practical sailing classes include: 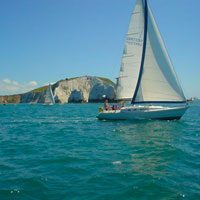 Shore-based One Day Courses for Sailors

These one day courses compliment the practical sailing courses and take place at various venues in London, usually on Saturdays and Sundays.

Venues in London are selected so that they are easily accessible via the underground train system. We can suggest hotels nearby should you wish to stay overnight. 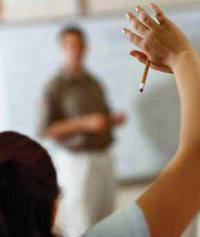 Travelling from the Netherlands to the UK for Sailing Courses

There are many different ways to easily travel from The Netherlands to the UK, some of which include:

Train – If you would prefer to travel via train, then the two part journey, starting in Amsterdam and finishing in London is another option you could consider. However the trip will take slightly longer (6 hours) than a plane ride. The first half of the journey involves the intercity train from Amsterdam to Brussels; the second half requires taking the Eurostar from Brussels to the centre of London, right down to St Pancras station. From St Pancras you would get the underground to Waterloo to get the train to Southampton Central.

Ferry – Travelling by ferry is a very popular option amongst people visiting the UK from the Netherlands. There are several routes you can take depending on your location in The Netherlands, choose from the Rotterdam to Hull crossing, Hoek Van Holland to Harwich or the Amsterdam to Newcastle option. 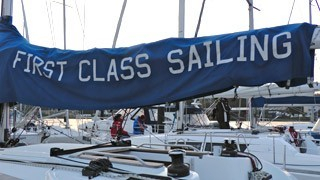 About RYA Sailing Courses in the UK

It is a requirement of all RYA courses that they are conducted in English so you need to speak and understand English to participate in these courses. Do not worry if you do not know all the English names for parts of a boat. You will soon pick them up. A large percentage of our customers have English as a second language.

As a RYA Recognised Sailing School we use the standard RYA syllabi as well as RYA qualified instructors. The yachts used have all been checked and are approved as meeting RYA standards: this means they are safe, well maintained and suitable for use in your sailing classes.

Here at First Class Sailing we are regularly assessed ourselves to ensure that we are fulfilling the RYA’s high standards as well as those of the Maritime and Coastguard Agency (MCA), the governing body of the UK Maritime activities.

We are proud to be part of a scheme that is highly respected worldwide, which means our sailing students know they are receiving safe as well as top quality instruction.