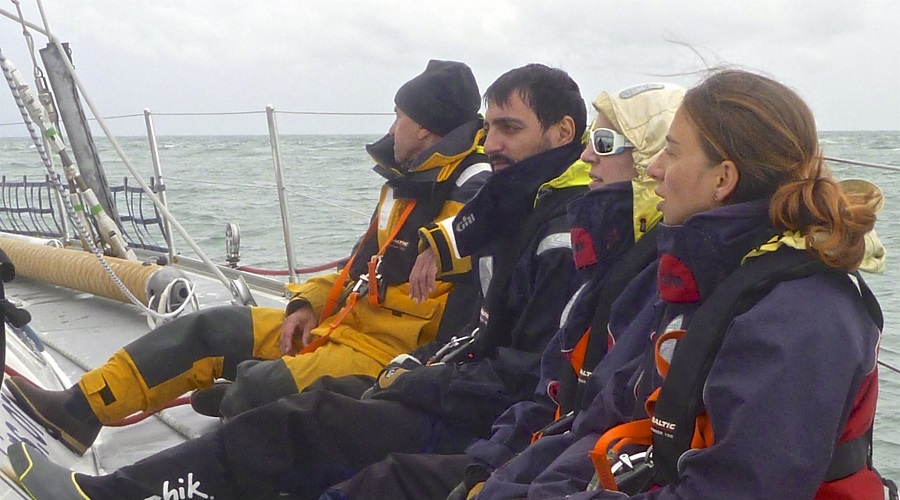 A relatively sedate and stable ride during the night with the Genoa now flying for 24 hours in variable winds, with boat and crew well balanced… ok the boat!
Although a strong squall early after sunrise darkened the skies and saw winds gusting 27kts saw Ricky taking the helm and crew for wet weather gear. The off watch were obviously tired as they slept through the whole thing. To keep entertained the squall also gave us rainbows both before and after, but sadly no pot of gold. 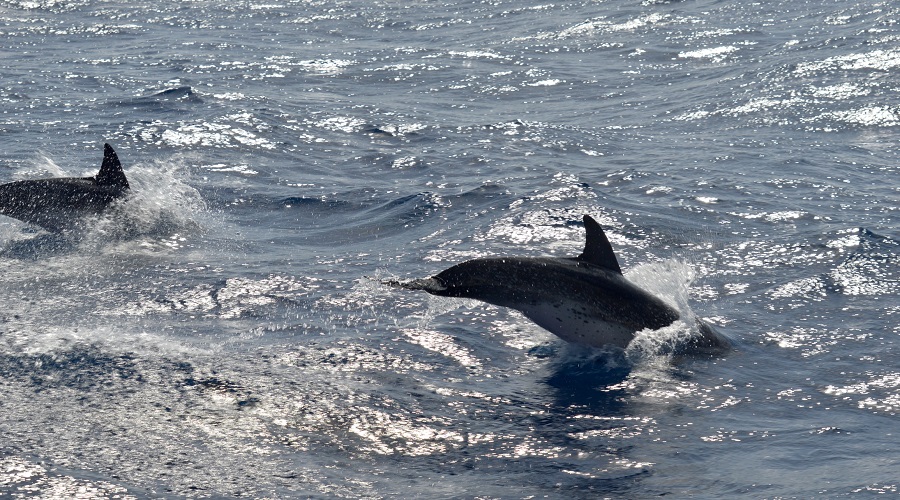 Most watches day and night have been seeing pods of dolphins raising spirits as they always do before they move on to their more important invitations…. Wherever that may be! We have also seen flocks of seabirds following the numerous trawlers we have encountered, circling and swooping as the nets are hauled in, looking for an easy meal. The trawlers floodlit decks at night an eerie sight as no sign of life can be seen as the fishermen hidden in the shadows try to protect themselves from the wind, rain and seas. 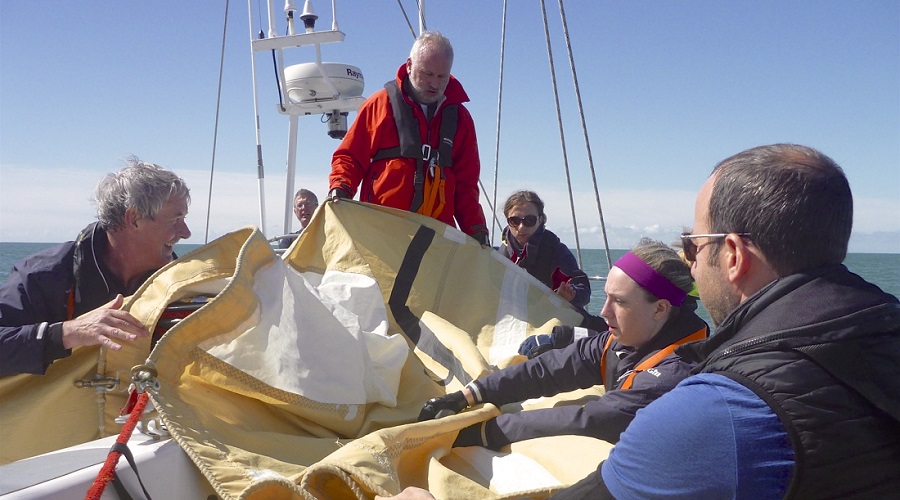 At dawn after the squall, and breakfast, of egg-mess (not to be found in many recipe books) the wind freshened and it was decided at the next tack to lower the Genoa and hoist the Yankee2 and Staysail. With the wind and sea state both up this made the tack and sail change interesting with Yanna and Firas up front and getting wet and bounced around. Firas trying out his new Zhik oilies in earnest for the first time which worked very well and it would have been perfect if he had remembered to zip up his jacket fully! 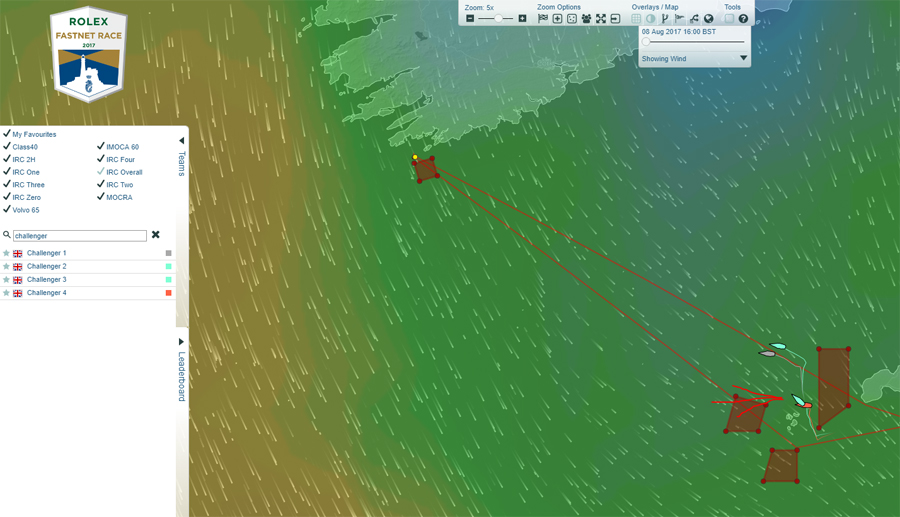 Positions of all 4 Challengers Tuesday 8th August at 16:31

Happily settled on to new tack and Challenger 4 has followed suit and is nipping at our heels just a mile behind so all very focused with strategy and tactics the conversation of the moment sun currently out and spirits high with everyone looking forward to the turn north for “The Rock”.